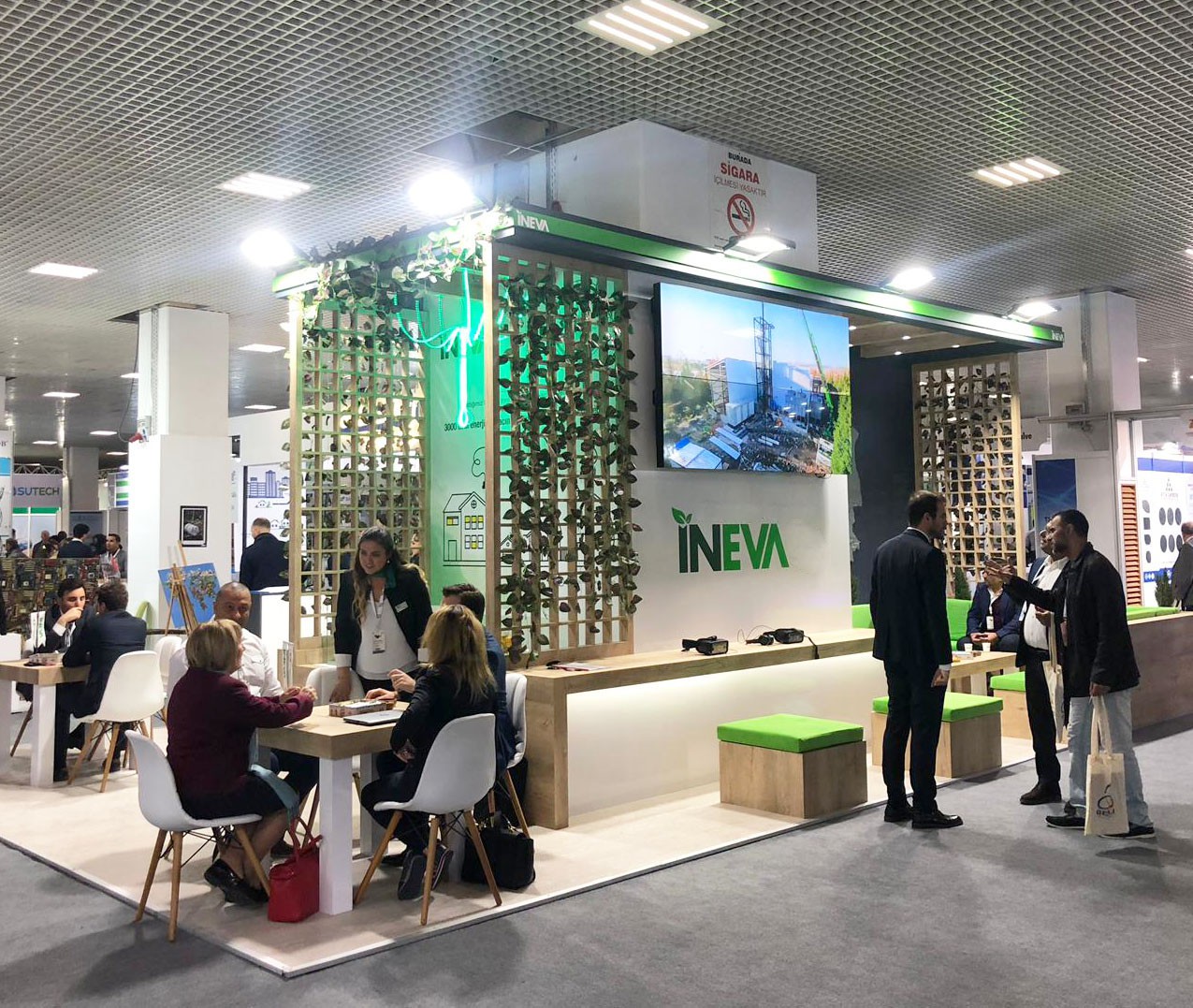 The most important event of environmental technologies, IFAT Eurasia hosted thousands of visitors from more than 50 countries with environmental technology industry stakeholders, waste producers, OIZ representatives, ministries and municipalities authorities, public enterprises managers, local and international press and other actors of the sector between the dates of March 28-30 at İstanbul Fair Centre.

Founded in 2016 within Coşkunöz Holding and working on waste disposal systems, INEVA has explained its technology that brought a new dimension to its sector at IFAT Eurasia 2019. In the fair hosting more than 250 participants, INEVA, which is one of the pioneers of the energy from waste sector and attracted the attention with its booth design where works in the disposal plant established for developing environmental technologies are exhibited with a model, has also showed around its visitors with VR glasses in its facility where it completed its installation and trial burnings successfully in Kocaeli-Başiskele (Kullar).

INEVA, developing the system that ensures that the waste is disposed of at maximum level for the first time in Turkey with TÜBİTAK, has shared its project created according to the tonnage required and its technology with the concept of disposal on-site. INEVA, with its 100% domestic-owned capital, which provides recycling by converting waste into energy, attracting attention with its cutting-edge technology and pioneering in the field of sustainable energy, has reached its goal of creating new collaborations and announcing innovative services to a wider audience.